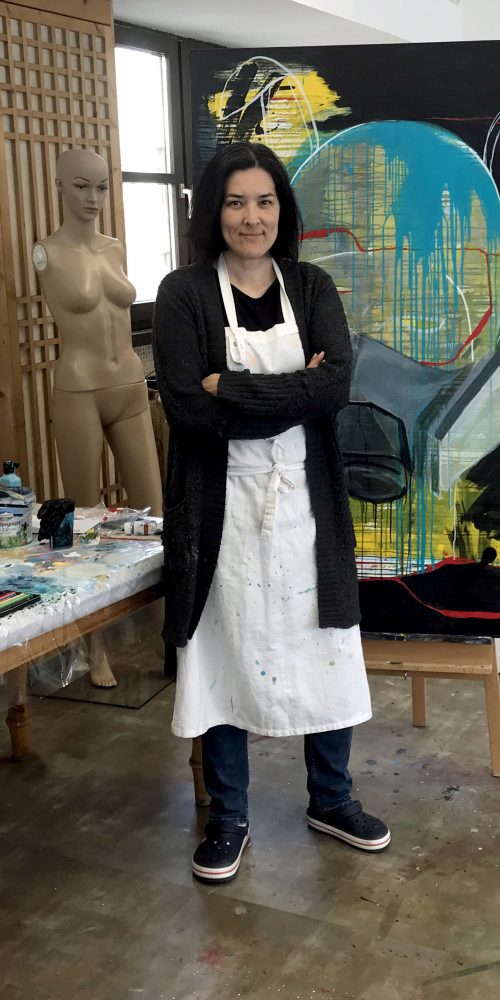 Galleria Meera is proud to present Tatjana Lee, a doctor and visual artist with a German-Korean background. In addition to drawing and sculpture, the main focus of her work is painting.

After studying medicine and continuing education at the media design college in Munich, she pursued an education at private art academies and set up a studio in Munich.

Tatjana considers art a universal medium of communication that has the power to connect people across cultures, time and space. Topics such as identity, diversity and intercultural dialogue have a special importance in her works.

She focuses on the human as a social being and his interaction with his environment. She captures visions and mystical creatures. These invite the viewer to delve deeply into their own identity and to find the forgotten ability of magical thinking again.

The human face is of particular significance in her work. For her, it is a symbol of our identity. As human beings, we are inevitably drawn to study everything that appears to look like a face and Tatjana uses this urge to drive the attention of the viewer deeper into her paintings. This triggers a meta-level of communication in addition to the medium of art.

Tatjana prefers to use large-format canvases and work with acrylic paint. The large formats create an additional abstraction and a more intense perception, because the viewer’s subconscious is captivated by the size of the face.

As a mother of three daughters, she is also fascinated by their childlike, unbiased and unclouded view of life. There are no self-erected borders in the way. Problems can be solved through magical thinking, where anything is possible.

She is inspired by artists such as Moebius (aka Jean Giraud), Maurice Sendak (Where the Wild Things Are), Hayao Miyazaki (Spirited Away), and Antoine de Saint-Exupéry (The Little Prince). They have managed to take this freedom with them into adult life and remind other adults of this ability with their works.

She also loves to experiment with new techniques like resin, 3D and also digital tools such as Augmented Reality and animation.

Her works have been shown in Berlin, Munich, Seoul, Salzburg and Lahti.