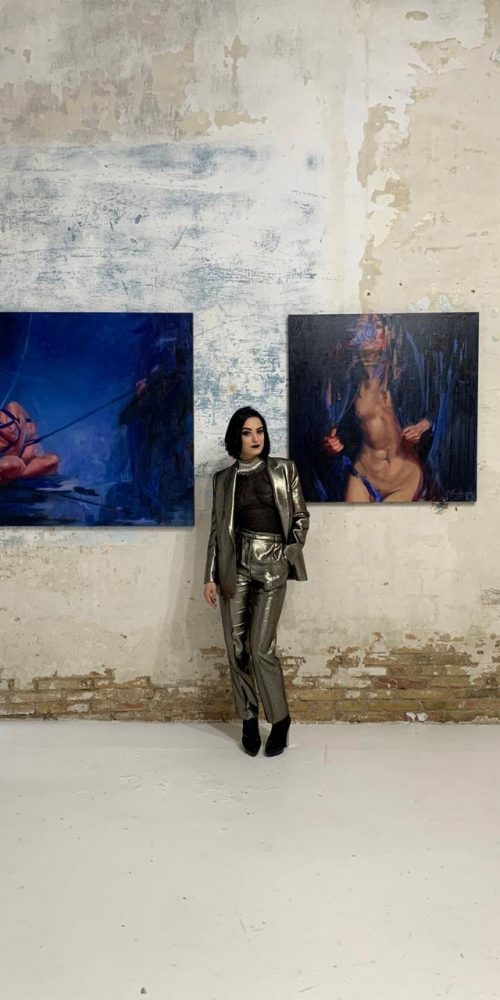 Born in Bogotá, Colombia in 1989, Sofia moved to the United States at the age of 10. She began her formative training at the prestigious Pratt Institute (Brooklyn, New York) and quit shortly after in pursuit of a more in depth structured academic training based on the Old Masters technique. Zuluaga then moved to Florence, Italy and graduated from The Florence Academy of Art in 2015. Her works have been exhibited in many countries for example, the United States, UK, and Italy to name a few. She has been selected as a finalist in many internationally renowned art competitions such as Figurativas and ModPortrait. Currently she resides in Barcelona, Spain.

As a queer latina figurative artist, her dominant themes of exploration revolve around inciting rebellion against our social conditioning; the identifying paradigms determining who and what each individual is entitled to be. Sexuality, identity and body image are omnipresent throughout her paintings. In her latest series, P•anopticon, she has used Foucault’s panopticism as a metaphor of our physical and psychological confinement. The series rose to challenge the social indoctrination that we are subjected to at the collective and individual level. This coercion is not something that has been implemented as a result of current events (although the circumstances have made her series all more relevant) but instead have been applied for centuries by those in positions of power i.e. government, religion, mass media, big brother, etc. P•anopticon explores the attempts made in search of liberation, but also poses the viewer to question whether this is feasible at all, hence the title’s allusion to the anopticon, the antithesis of the panopticon.