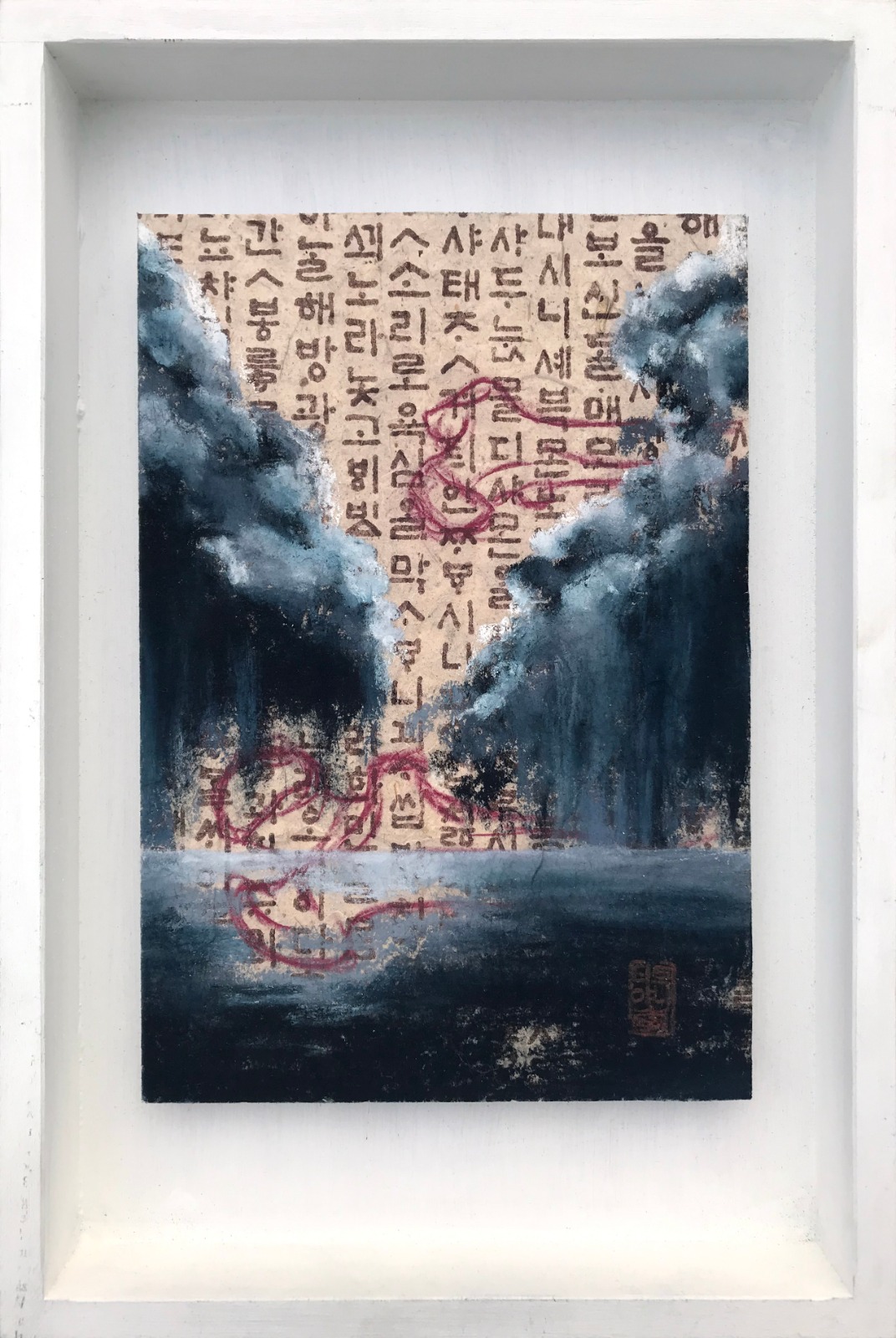 The Immortal series expresses mankind’s striving for immortality or to at least leave something immortal behind. Sometimes we get a feeling of immortality when facing somewhat threatening spectacles of nature like dark clouds or a thunderstorm cumulating over the sea. There is this morbid feeling of eternity, which is transported in the artworks by combining dark clouds, sea, and nature-spectacles with fractions of bones or human organs in red colour shimmering through. We feel the inner urge of the question, what it would mean to be immortal and if it would be desirable or not.