CryptoKitties: From Birth to Evolution and What Their Legacy Means For NFTs

CryptoKitties: From Birth to Evolution and What Their Legacy Means For NFTs

Did someone say MEOW? How this whole CryptoKitties phenomena started:

CryptoKitties mark a significant point in NFT history. Their standard is the most commonly used standard that fuels virtual art. NFT standards on the Ethereum chain are codes that ensure the behaviour of the digital asset, serving as a guarantee for developers.[i] The team behind CryptoKitties developed the ERC721 standard. It checks the owner of the asset and its transferability. There are many more smart contracts such as ERC20 and ERC155 on the Ethereum chain. Additionally, there are standards developed by other companies outside the Ethereum chain. These codes enable the customer to safely buy, own and sell all sort of things in the digital realm.

There are various ways to get involved in the CryptoKitties world.[ii] There are some pre-requirements, including a computer with Chrome or Firefox browser, a digital wallet and digital currency, ETH preferred. To get started, there is a marketplace on the CryptoKitties site where you can browse for your unique kitten. Their prices vary between 0.004 ETH ($10.67) and 999+ ETH ($999k+). Other ways of obtaining a CryptoKitten is by making an offer on a kitten of your liking. If the owner of the selected kitten accepts the offer, your bid is approved. Once you own more than one cats, the function to breed them becomes available.

The game was so successful that in just under two months, the number of registered users expanded from 60k to 250k.[iii] While this population growth meant success, the network could not keep up with this kind of speed. The network can only process a limited amount of transaction at a time, meaning the rapid growth in the number of users and transaction accumulated in pending transactions. There is a processing fee, which is called gas, for the computational services provided by the “miners”.[iv] Because of the high demand for CryptoKitties, the gas fees and waiting time grow, leaving users with astronomical prices.[v]

The problem expanded the CryptoKitty-verse and introduced a unified solution. The public ERC721 standard meant that third-party developers could get involved and enlarge the game. Different opportunities became available where users could enhance their kitten’s look with jewellery and other accessories, or there were opportunities to race and win ETH. A platform called Wrapped Kitties even allowed kittens to be converted into ERC20 tokens, meaning they could be traded as fungible assets. 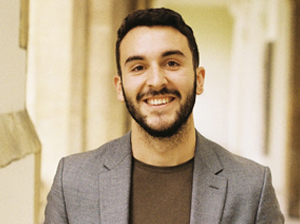 The following years saw an increase in different possibilities, and the art world took notice. This new technology allowed unique objects to be sold and profit from inspired digital art sales. New platforms emerged, such as SuperRare, where digital artists can “mint” and sell their works.

CryptoKitties are to be considered a pivotal moment in the history of NFT technology. This type of technology has paved the way for the emergence of a new art movement. A movement that encompasses the non-traditional, the traditional and their hybrid form.